It is with the railroad that the history of the American School of Guadalajara properly begins. The railroad system in Mexico was initiated in the 1880s when Porfirio Díaz granted three US companies concessions to build rail lines. Construction by the Southern Pacific Railroad brought significant numbers of American railroad workers to Guadalajara, many of whom settled in Colonia Seattle. This created the need for an English language school to educate the children of these workers.

Consequently in 1908 Miss Delia A. Walsh opened a school for the children of American workers in Guadalajara. There were some 50 students during the first years, half of whom were American and half Mexican. Little else is known about the school or its location for the first seven years of its existence. In 1915 the school rented a house at General Coronado 24, a majestic colonial-style house built by Carlos Fernández de Landero, the great-great-grandfather of some current ASFG students. Classes were given in four classrooms with physical exercise routines being conducted in the central courtyards. Classes were taught exclusively in English.

The early decades of the American School coincided with some turbulent times in Mexico’s history, starting as it did during the last years of the Porfiriato and being witness to the Mexican Revolution and the Cristero Rebellion. Guadalajara itself never suffered from the atrocities of war that affected other parts of Mexico, though there were food shortages. Photos of Guadalajara at the time show daily life as relatively unaffected by the ravages of the Revolution.

Life in Guadalajara was not without its challenges however. Between May and June of 1912, some 65 earth tremors were felt throughout the city. Scaffolding was used to reinforce buildings in danger of collapse. In addition, the railroad became the means by which Guadalajara received the immigration of large numbers ofrural farm workers displaced by the Revolution.

It cannot have been easy being a US citizen living in Mexico in those times. The first two decades of the twentieth century saw sabre-rattling and actual armed conflict between the two nations. From 1913 to 1924 the US broke off diplomatic relations with Mexico in response to the violent events of the Mexican Revolution that threatened American interests. President Woodrow Wilson imposed sanctions and sent troops to occupy Veracruz for several months after some US sailors were arrested, after which anti-US feeling was rampant. Nevertheless there were also moments of cooperation and harmony over the years and economic ties between the countries continued to grow.

Around 1934 the school suspended operations, most likely due to the retirement of Miss Walsh. Unfortunately nothing more is known about Delia Walsh, the extraordinary woman who directed the school for some 26 years. The school community owes her a great debt of gratitude for creating a truly innovative educational environment in Guadalajara. 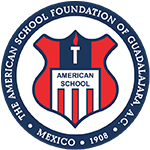 Download on the
Apple Store
Get in on
Google Play